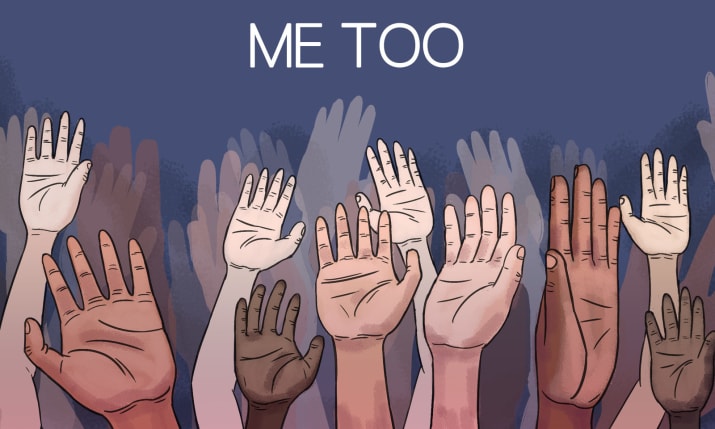 The #MeToo movement is a subject that gets a lot of people talking. It’s great that it has provided a platform for there to be more discussion about rape/sexual assault and rape culture. More women and men feel brave enough to come forward about the things they have experienced. It has been an opportunity to help each other heal and get justice for victims who felt they never could. This movement has also shown how vastly different everyone views these types of things, and to be honest it’s not a pretty sight.

Part of the issue is the lack of education. For years certain behaviors have been normalized or gone unchecked. Either people who do it knew it was bad and never got punished, or they didn’t know because the line for certain sexual offenses is so grey. Some answers aren’t so clear and can leave people wondering if the person is really guilty of a malicious act or if they’re simply ignorant to the fact that what they did was wrong. This isn’t the case for everyone but there are instances where this is the case.

There is also the issue of normalcy. Some actions are seen as okay because that’s how they have always been. When I was in junior high boys grabbing girls on their behinds was normal. It was an everyday thing and no one thought twice about it. Most of us actually laughed or playfully hit them for doing it. Even I’m guilty of it if I thought he was cool enough. Imagine that same thing happening now as an adult. Most of us would be inclined to retaliate in some way. Being 25 now, when the same thing happened to me in New Orleans I was angry, disgusted, and felt somewhat embarrassed. I wondered how or why someone thought it was okay. The problem? Normalcy. It’s what a lot of us grew up doing or let happen to us. We have to stop these things at the root before it grows into behavior we think is okay as adults.

Another issue I see is an unwillingness to change. Some people don’t want to change their behavior and will justify it in anyway they can. One of the biggest excuses? Too many women/men lie about this type of thing. Big excuse #2? Some people are just looking for a payday. Even if there are some instances of this, the likelihood is low. The vast majority of cases that we see involve celebrities. It’s much easier to use this type of logic for a celebrity, but what about a woman who gets raped by a part time worker at a fast food restaurant. Was her motivation money? The chances of that is very unlikely. As for lying, that’s something only God and the people involved really know. As outsiders it’s not really within our ability to know the complete truth. Even so, we should have the decency to afford the victim the same benefit of the doubt that some give the person being accused.

As someone who has had something like this hit very close to home, I want to see change. I want to see more victims step forward and claim their lives back from the people/person who victimized them. I want to see more survivors who are pushing forward and out of the darkness something like this brings. I know soooooo many people who have been affected by sexual assault/rape and the majority of them have never pursued the justice that they deserve. About 90% of them were too afraid to tell someone because they didn’t think anyone would believe them. Maybe 10% tried to tell someone and they didn’t believe them or they were blamed instead.

Some men are victims of sexual assault or rape, but don’t view it that way. I know several men who lost their virginity to a woman two to three times their age when they were underage. Some as young as 8 or 7. The difference? Men aren’t taught to value their bodies the same way that most women are. I believe this leads to a disconnect. They in turn grow up now valuing the bodies of others the way that they should as a result. They are taught to look at sex as a badge of honor so although some end up having their innocence taken away at very young ages, they don’t view themselves as victims. Let’s reverse that and say it’s a grown man doing the same with an 8 to 9 year old girl. The image isn’t as palatable, and that’s the problem. Neither should be palatable. Each instance is very much a problem.

What we need is a change in outlook. Too many people view this movement as an attack on them personally. The #MeToo movement is not about the perpetrator but the victims, the SURVIVORS. It’s a movement that started so that more people could come forward and break free the chains that have bound them because of rape and/or sexual assault. This isn’t about making every man (or woman) feel attacked but about empowering the men and women who had theirs taken from them. According to the NSVRC (National Sexual Violence Resource Center):

The saddest part about these statistics is that most, if not all, of these reports are based on reported crimes and/or interviews. That means that the number is likely much higher but has gone unreported. So many people are affected by this, but are too afraid to speak up. It’s not an easy topic to discuss. Very little people actually want to but it’s important that we do. We have to stop sweeping it under the rug and acknowledge that this is a problem. Be an ear for someone who hasn’t had anyone to talk to. Be a voice for someone who hasn’t found their’s yet…or find yours. If you can’t talk to someone you know call the National Sexual Assault Hotline: 800-656-4673

Your voice deserves to be heard 💕 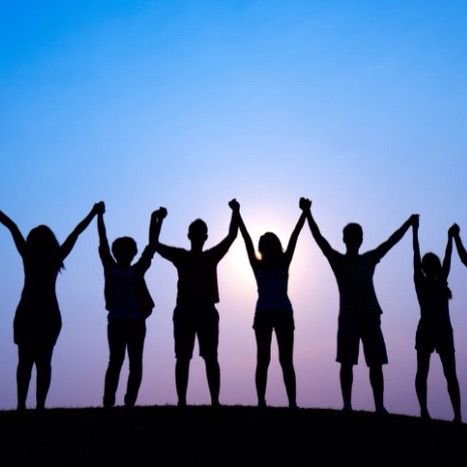